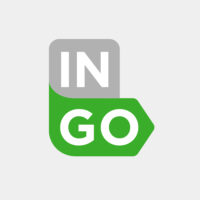 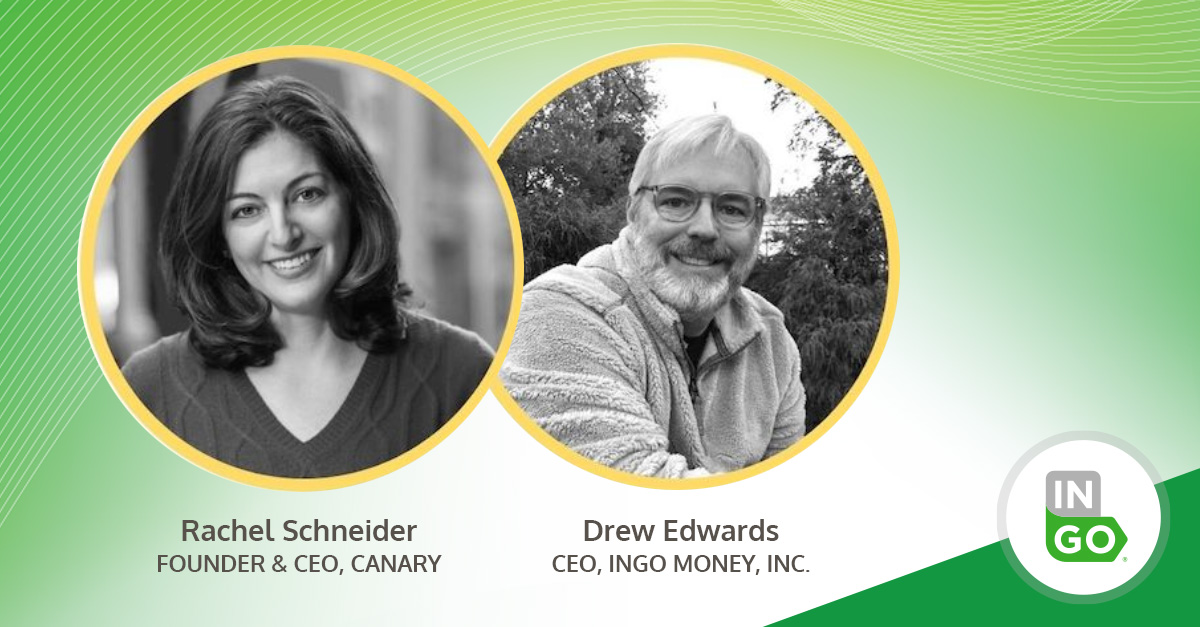 Ingo Money recently partnered with Canary to offer employees access to emergency cash when facing financial hardship. As the “Money Mobility company”, we’ve always been in the business of making sure consumers have access to the money they need, when they need it. Choosing an employee relief fund to support employee financial wellness is a natural extension of this work.

Canary has worked closely with Ingo to launch the Ingo Money Grant Circle and spoke to Drew Edwards, CEO, about why this work is important to the company, the impact he envisions for his workforce, and how community is at the heart of it all.

Rachel Schneider: So, Drew, we’re here to get an understanding of how you think about your company and your relationship to your employees and their financial lives. You, in particular Drew, have spent your career thinking about the financial wellness of people. And so I wasn’t at all surprised when you immediately related to the idea of emergency relief funds as an element of that, but tell us more about Ingo Money’s story.

Drew Edwards: You’re right. We’ve always been in the business of helping people get their money faster and helping people with account funding. And that’s not directly a financial health or wellness thing, but we were running El Banco and had these 12 branches around the city. We were actually facing these consumers that were struggling, then we began to really see how living paycheck to paycheck really works.

They would cash their check and the check wasn’t big enough to pay all the bills, and they were literally standing there in your teller line trying to figure out, “We’ll pay these two and I’ll do something with this one later.” So the whole notion of living paycheck to paycheck is real for us.

But before I connected with Canary on this, I’ve had at least three employees over the last couple of years come to me asking for help, and that’s a really awkward situation for a CEO, a founder or even a company to be in, because you just can’t get in the business of loaning your employees money.

Our employees consider Ingo family, their second family, and they come asking [for support] like they would family members, and they have these terrible stories, “I’m gonna lose my house” or “My kid’s gonna get thrown out of college” or “I can’t get to work because my car’s broken down.” It’s a natural place to turn when they’re in trouble for employees that spend so much of their time with us. To just say, “I’m sorry, we can’t help you, it’s against our policy” is just terrible. So now we have an avenue to turn to. We have a process for that. Everybody’s contributed, everybody’s paid forward, so to speak, so let’s put your problem in that process and see how it fits.

RS: It’s so interesting. What you just said is something that we hear a lot – basically, the idea that people are going to come ask the company for help and they’re going to ask you personally as someone that they know cares about them. Why do you see that as such a danger? You said that’s just a slippery slope but say more about why you wouldn’t want your CFO to just write a check to somebody.

DE: It just doesn’t seem wise. Now you’re mixing personal finances with employee’s and all that goes along with that. It’s a dangerous place to go. If you’re not prepared to do it for everybody, then you just opened yourself and the company up to all kinds of scrutiny.

But we feel a need to help, so to have a vehicle like this is just awesome because there’s an answer rather than no. There’s “call HR, we’ve got a program for that”. I don’t know if they will qualify or if it’s gonna be enough for their situation, but it is based on a repeatable set of rules and policies that can be defended, and it feels better to everyone that we tried rather than just saying “we can’t help”.

RS: Yes, exactly, and that’s really the goal: to be consistent and clear so people can understand why. One of the questions we get about this work, and I’m really curious what you think about it: If people are earning a living wage, why do they need emergency help? I’m guessing you all have a robust set of other benefits, that people have 401[k]s, they have health insurance. So, what other kinds of financial challenges do people run into that mean that they need emergency help anyway?

DE: Well, you guys know better than anybody else. Over half of the population, no matter what their income level it seems, lives paycheck to paycheck. Sometimes I do it, I have a kid in college and stuff happens, but my ability to come up with money is different than others because I have things I can do, places to turn. But if you’re one of our call center employees making $15 or $18 an hour, it’s a common problem that life happens and people get themselves in a ditch, it’s why the emergency loan industry exists, it’s why credit card advances exist, it’s why 401(k) loans exist. All that stuff exists because life happens and people end up with a month where they can’t fix their car.

RS: Yeah. We all get a lot out of that feeling of giving, and it makes us feel connected to our community. So, what you said made me think about how this is relevant to the culture and community you’ve created at Ingo. How do you think your employees think about helping each other, and why does it matter?

DE: Well, from a purely selfish standpoint, it’s hard to hire and retain people in this environment that we’re in right now. With work from home being the new norm, we’re competing with Google and Facebook and Apple and everybody else that’s hiring across the country and letting you work from wherever you want to work. People stay with a company for so many reasons other than because they’re making the most money there. They stay there because they feel like it’s their calling or their second family, or they feel safe, or they feel like they’re growing career-wise and they like the people they work with. And, in that soup bowl of reasons of why they choose to stay at Ingo, people care about being cared about and they probably are informally helping each other without us. Those folks who came to me and my CFO, while it may not be advisable for us to help them, they probably got help from their co-workers.

We definitely live in a society that’s still got a pretty wide gap between the haves and the have-nots, and our company is fortunate. This is a chance to give back. Even if (employees) only give a dollar a paycheck, they get the pride of, “I’m giving. Are you giving?”

RS: Exactly. And I think that when people have something happen and they come to ask for help, they’ll do it with more dignity, because they know they’re both giving and receiving. Because everybody runs into trouble, and what we do see a lot of times is that people are really ashamed or embarrassed or worried about asking for help because whatever’s gone wrong, they feel bad about it, and they want to be able to handle it themselves. So, it’s really nice if people can know that they’re both givers and receivers.

DE: Yeah, the benefit goes much wider than the recipients of the funds. The benefit is organizational-wide, and the pride that it creates for people that will probably never ask for the money, or need the money, is worth its weight in gold.

RS: That’s so true. This has been so awesome to hear your take, Drew. Thank you for taking the time to talk to us today!

You can learn more about Grant Circle here. And if you’d like to talk about partnering with Canary to build a giving platform for your employees, we invite you to talk to our team and get started.